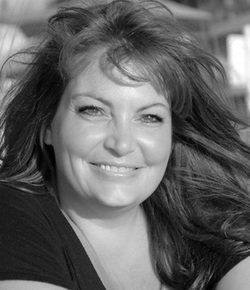 While in elementary school in Silver Spring, Maryland, I wrote my first story, Gnome Cave. It was a fantasy, or, what is now called urban fantasy - fantastical elements in a real-world setting. Not much has changed. At the time, though, I was in a very gifted school and I was considered an average student. When I was the only student to get a perfect A+ on that assignment (or an A at all, for that matter), I decided I wanted to be a writer. After all, if "average" me could out-perform all those prodigies, then I must be good at it! Right?

Throughout my school years, I wrote many short stories, mostly for myself, some for school, and served on the yearbook staff. As a Senior in high school, I served as co-editor of the yearbook and was admitted into the Quill and Scroll Honor Society.

I began college pursuing an English degree. Somewhere along the way, however, I for some reason became practical. I guess the real world does that to you. I decided I was given the talent as a writer to use in the business world and I finished college with a Marketing degree.

I became a business writer, first as a resume writer, with some of my resumes featured in nationally-published how-to books. And then I wrote and edited online training programs and their supporting materials. I wrote for a weekly newspaper and became editor-in-chief. We won many Kansas Press Association awards under my watch, including 1st and 2nd place for my feature stories. Marketing communications - copywriting for business websites, brochures, newsletters, etc. - became my forte and what I do now as my day job. My professional life has always included writing. I thought for many years that it was the best place to use the gift God gave me.

Until January 2009. After reading an immensely popular series, I knew it was time to start writing for fun again. Becoming an adult somehow made me forget how to imagine other worlds and fictional stories. For some reason that I still can't pinpoint, reading those urban fantasy books made me want to re-discover that part of me. It made me want to be a kid again, spending my time daydreaming and creating alternative worlds. So I picked up the pen - well, not really, I put my fingers to the keyboard - and decided to start writing fiction again.

My initial intent and expectation was to just play around - do some character sketches, maybe write a short story at some point. Within a week of making the decision to start writing for fun, however, I had a storyline with a good plot and the beginnings of my main characters. Six weeks later, I had a full story with a beginning, middle and end. Six months later, I had completed my first full-length novel, with many revisions and edits along the way.

The first book has now been split into two, with the first one, Promise, releasing Summer 2010 and the second one, Purpose, releasing Fall 2010. It's really meant to be read as one story, but it was too long for practicality. But my readers say it could be even longer. They don't want to leave the characters. And that, to me, is the best thing I could hear. My strongest desire is to have written a book that people enjoy reading, think about afterwards and, most of all, love the characters as much as I do. And can't wait to meet up with them again in following books, which also be coming soon.

If you're still with me after all that and are really interested in the basics...here they are. I'm a mother of three teenage boys and two dogs and live in Southwest Florida (aka Paradise). I grew up as an Air Force brat and lived all over the country and in Germany. I graduated high school in Arlington, Virginia, started college at George Mason University in Fairfax, Virginia, and finished with University of Phoenix. Besides my family and writing, my passions include reading, cooking, the beach and traveling. Maybe one day I'll get to indulge those passions.
Terms and Conditions    |    © 2014 Signed Books and Stuff. ALL RIGHTS RESERVED    |   Website by Signed Books and Stuff