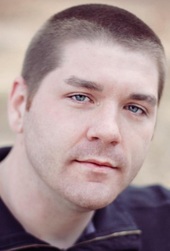 Adam Kunz is the A part of the mother and son author duo C.A. Kunz. Growing up, he always had a fondness for R.L. Stine’s Fear Street series. So, it was a no brainer when he decided to write his own novel that it’d be a thrilling mystery with a dash of horror. When he’s not busy writing, Adam enjoys his job at a theme park in Orlando, Florida as a décor consultant. This job brings him face to face with all sorts of nightmarish creatures, especially when he decorates the haunted houses for the park's annual Halloween event. It’s been said by many that his addiction to Starbucks coffee will most likely be his downfall later in life.
Terms and Conditions    |    © 2014 Signed Books and Stuff. ALL RIGHTS RESERVED    |   Website by Signed Books and Stuff